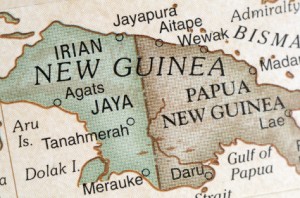 Papua New Guinea has been losing billions of kina in mineral resources due to lack of strong policies and capacity to properly monitor and regulate the industry.

Enga Governor and host to the world class Porgera Gold Mine, Peter Ipatas in his keynote address to stakeholders during the Mineral Policy and Legislation Divisionâ€™s regional consultation program in Mt Hagen yesterday said developers were exploiting the mineral sector without any good benefits going back to the country and its people.

â€œThe general publicâ€™s perception is that the countryâ€™s mineral resources are being exploited unjustly without fair reward and compensation to the local communities and landowners on whose land these resources are located. The governmentâ€™s mining policy is being driven by Industry and Investor interests rather than PNGâ€™s interest resulting in the â€œtheftâ€ of our mineral resources,â€ Ipatas said.

Singling out Engaâ€™s experience with Porgera Gold mine, Ipatas said though the mine extracted 17.88 million ounces of gold, earning a total of K19.58billion (US$8.36 billion) during the project life from 1990 to 2012, his province still lacked a proper hospital, jail, and good infrastructure.

â€œThe Porgera landowners, on the other hand have received about K410million (US$174.7 million) as compensation, royalties, SSGs, and other areas. This amounts to about 2 percent of the total earnings of the mine,â€ Ipatas said.

He said it was important to question whether the total of 3 percent of the earnings was equitable distribution to the landowners and the Enga Provincial Government.

Porgera was estimated to mine 8.98 million ounces of gold with a total earning of K3.143 billion (US$1.3 billion) during the period of mine life from 1990 to 2012, but it produced and earned more than six times than the estimates and its life extended to 2023.

Vice Minister for Mining Wera Mori said any policy changes that would come after the consultation programs around the region would be done in the interest of the country.

Mt Hagen hosts the highlands regions leg of the Departmentâ€™s regional forums for the review of mineral policy and legislation and development of new mining sector policies.The mamose forum will be held in Lae on Friday, then the New Guinea Islands forum is on next Monday and Southern region in Port Moresby on Friday next week.