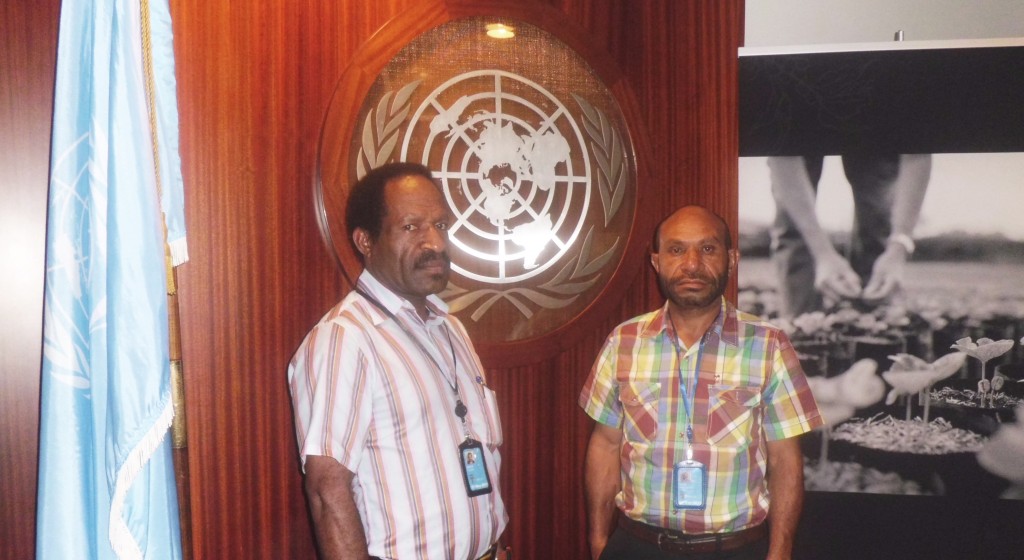 A recent landmark decision of the National Court that gives Porgera Joint Venture Company exclusive rights of occupancy to its Special Mining Lease (SML) could affect thousands of landowners living in major resource development project areas throughout the country. Meanwhile, landowners from Porgera have traveled to the United Nations to advocate for the humane resettlement of the people still living within the SML.

The lawsuit, against the Wapini sub-clan living in the SML area of Barrick Gold’s Porgera mine, sought permanent injunctions against the landowners who were continually tearing down a fence that the company was building around the SML.

Danny Gonol, the lawyer representing the Wapini landowners, submitted on behalf of the landowners that the company was constructing the fence through their village and this would result in their displacement, as well as destruction to their homes, food gardens and economic trees.

The resettlement of people still living inside the SML area of the Porgera Mine has been a key demand brought by the landowners association for many years.

“We are forced to live like squatters in our own land. The company’s mining activity, through the mine waste and now this giant fence, has overtaken all of the land that we once used to live in and grow food,” said Mark Ekepa, chairman of the Porgera Landowners Association. “With this legal decision, the national government is legitimizing Barrick’s use of force in evicting indigenous landowners from their own land. We have no where to go, so we are taking our struggle to international bodies”

In 2008, the Porgera Landowners Association joined forces with other Porgera-based groups to form the Porgera Alliance. Since that time, the Alliance has made annual trips to Barrick’s Annual Shareholders meeting, the Canadian Parliament, and the United Nations Permanent Forum on Indigenous Peoples (UNPFII) to advocate for resettlement of landowners who live inside the SML.

Mr Gonol said that his lawfirm is contemplating lodging a Supreme Court appeal against the National Court decision.