Related to the same shooting incident, of relatives of the late victim protest at the mine site Community Affairs Office today at about 12 oâ€™clock demanding remorse for unlawful shooting and Barrick’s private security guards further discharged live bullets against harmless locals at a public place. Amongst the victims of that second shooting involved Nixon Mangape, the chief land owner and chairman of Porgera Development Authority. According to eye witness, Barrick’s private security police shot at Mr. Mangape while he was in the crowd to control the situation. Mr. Mangape received a bullet wound at his back.

Porgera Landowners Association claims itâ€™s not the first shooting and use of live bullets. Numerous complaints are with the PNG government, the UN Human Rights Commission that include investigative reports from various reputable institutions around the globe. Shooting to death of defenseless landowners is serious human rights abuses. Â Therefore, the Porgera Landowners Association calls on the PNG government and local NGOs to urgently investigate the shooting and to allow law to take its course at with the police man who are involved with regular police.

The incident also led to confrontation with the local communities and the Manager of Porgera Development Authority at PDA office at Porgera Government Station where Barrick’s private security police were in search of empty bullet shells and images from the scene of crime. The
Barrick fully armed private police were in pursuit to destroy their evidence. (Attached images of empty shells used and Barricks private police at the mine gate). 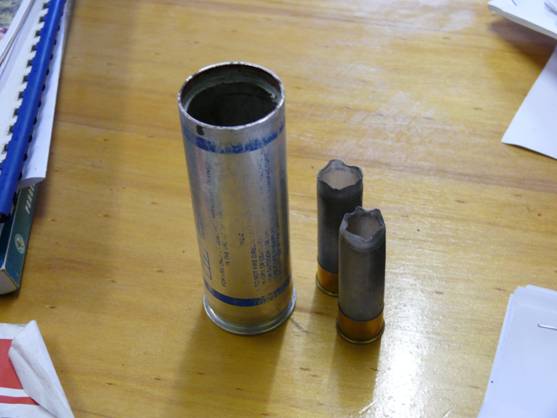 I now call for immediate investigation on the killings and the related incident. The Prime Minister and the Mining Minister must immediately take ownership of the issue because they have failed to resettle the (SML) Special Mining lease landowners.